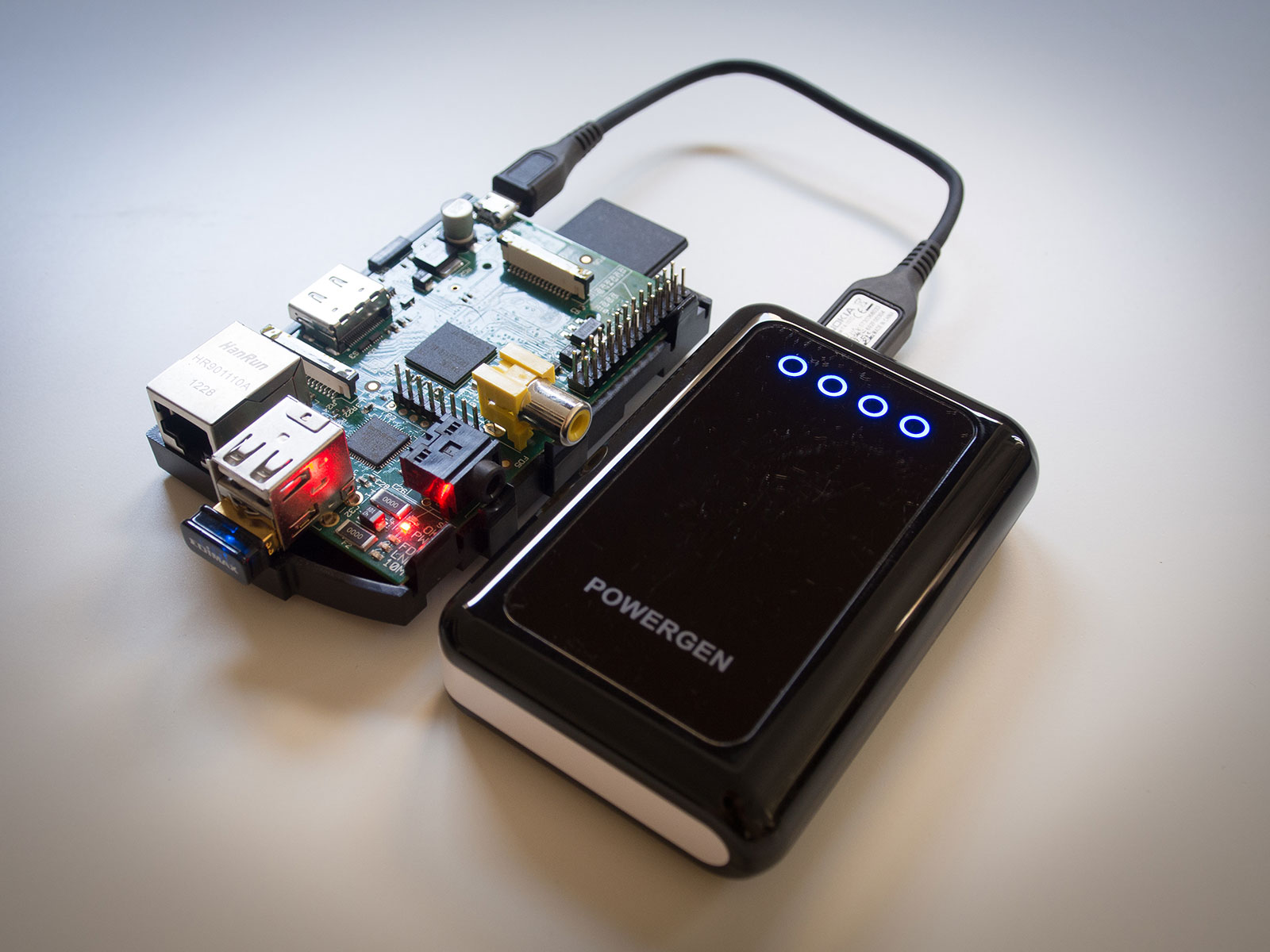 I hunted around for quite a while to find a battery pack to run my Raspberry Pi from. There are a couple of considerations:

It took some searching for something that hit both these points but after hearing that the Powergen 8,400mah battery pack was working for some people I thought I’d give it a try.

I’ve been using the pack on and off with the Pi for about a year now and it’s worked out very well. It gives about 8 hours run-time when the Pi has just a wi-fi dongle plugged in, which is more than enough for all the things I’ve been using it for. It’ll charge quite happily from the mains, and plugging or unplugging the pack from the mains doesn’t interrupt the power flow in any way. It’s basically like a little UPS, which is quite a fun idea considering all the other “servers” in my house will go down as soon as there’s a powercut.

I did wonder whether drawing power from the battery pack whilst it’s being charged would damage it or shorten its life. I do have a vague memory of seeing a note from the manufacturer saying this isn’t advisable. But for £25 it’s probably worth the risk, and the performance doesn’t seem to have deteriorated at all in the last year.

I bought the battery pack primarily to use with the Raspberry Pi; I actually didn’t realise how useful it would be for general use. It’s ended up going on holiday with me several times and it’s often in my backpack in London. The only problem is that taking it with me involves powering the Pi down, so it might be time to consider buying another!