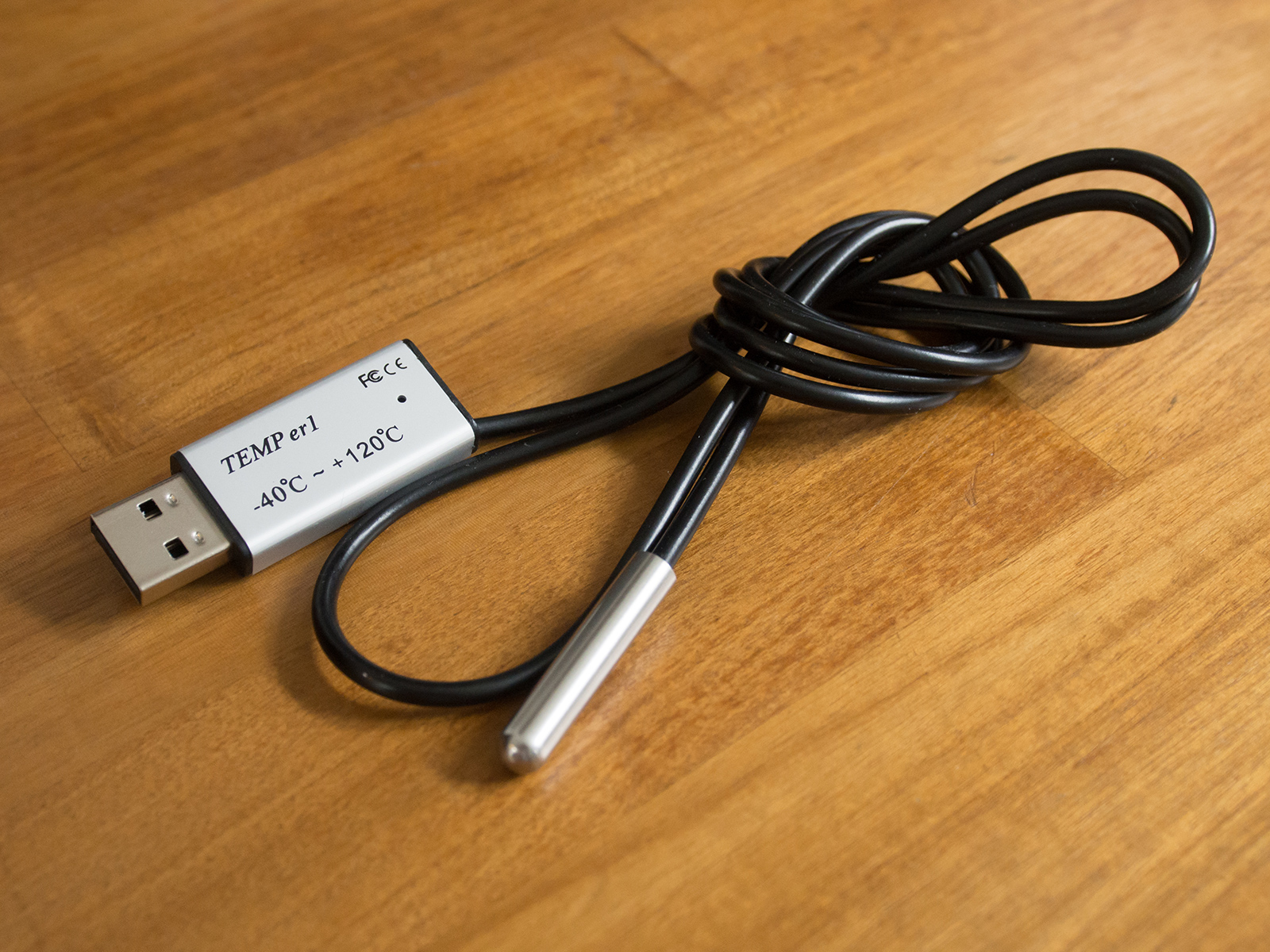 A while back while messing around with some Raspberry Pi projects I was looking for a simple and cheap way to log temperatures. Ideally I wanted to avoid soldering components or anything like that; I just wanted something simple I could plug in and use right away.

There’s a great solution that costs about £8 delivered, plugs in over USB and gives you a little temperature probe that works for taking the temperature in air or water. It’s branded as a TEMPer1 but often isn’t listed under that name, so the easiest way to find it is just to search for something like “usb temperature” on eBay or Amazon and it’ll almost always appear in the listings somewhere. 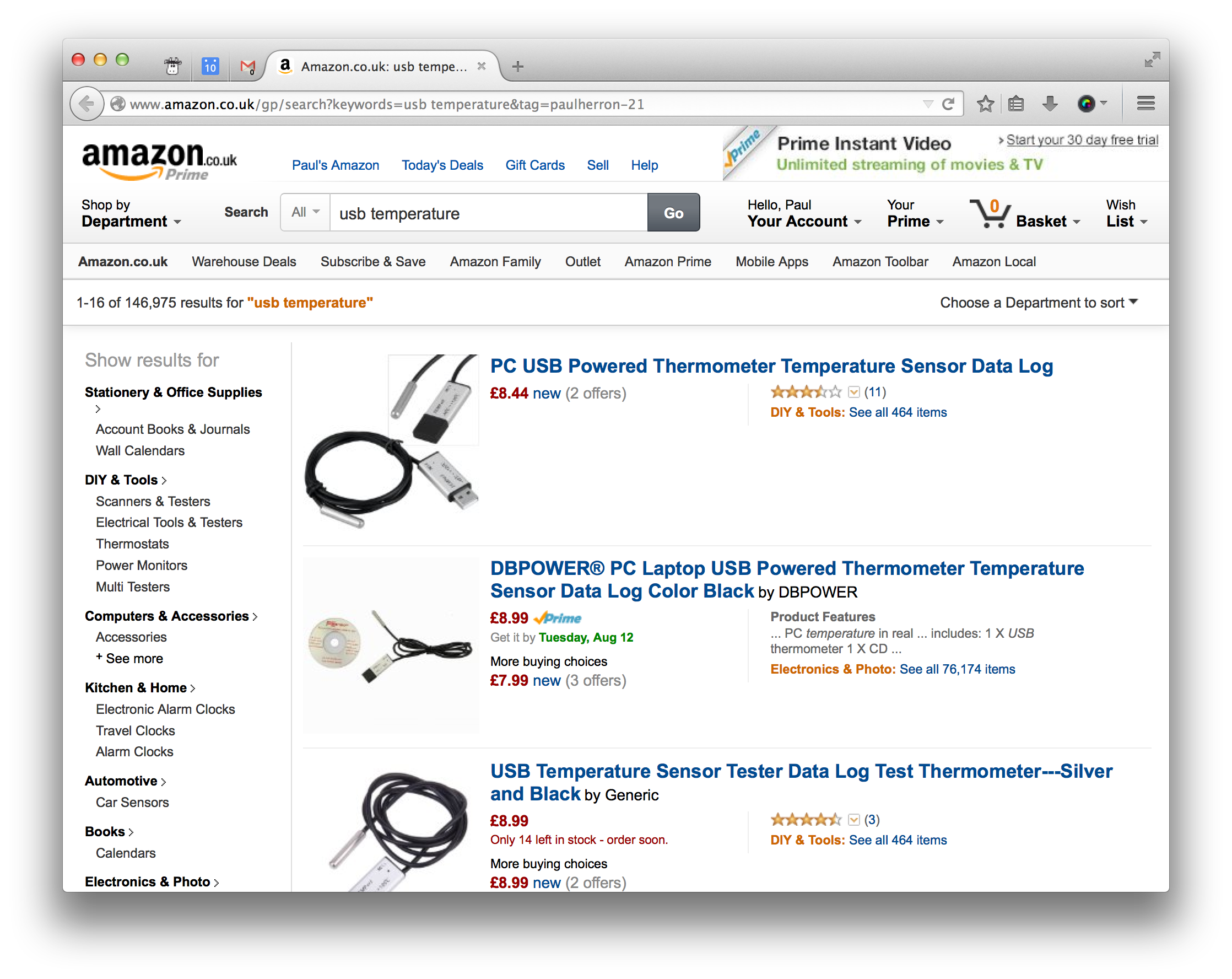 Using the TEMPer1 on Ubuntu

Thanks to a great package by bitplane that’s available on GitHub, it’s quick to get the device set up so you can start taking readings. I’m using it on Ubuntu at the moment and I’ve had it working on Raspbian in the past, but it should work for other distributions too.

The first step is to get a copy of the package using git:

Then there are some dependencies to install. The command I ran here differed slightly to what was in the README file but it’s along very similar lines:

With the dependencies installed it’s then time to make the binary and run it:

This should output a timestamp and the current reading on the command line.

One common setup is to take temperature readings at some interval and append them to a log file. This is easily done using cron.

Because the default setup of the sensor is to require root, we can add the following into the root user’s crontab, like so:

Paste in the following command, for example, to take a reading every 5 minutes and append it to a log file on the desktop. You should obviously change the paths mentioned here according to the locations of your temper script and the desired location of the log file:

Next: Exploring the Tandy 102