Finding a front light for the Brompton

It’s taken me a while to find a good front light setup for the Brompton. I never really liked the look of the official Brompton front light, and I always hoped it would be possible to find a setup that:

While looking for something suitable I stumbled upon the idea of a ‘vertical flashlight’. They’re not very common but where they do exist they get referred to by various names like ‘right angle flashlight’, ‘upright flashlight’, ‘angle light’, etc.

I had an initial failed experiment with the Trustfire Z2 but it turned out to have a rather short battery life of only 30 minutes, and broke a few days after I started using it anyway!

Then I found a similar flashlight that uses much beefier 18650 batteries, and this seems to work well. It’s the Skilhunt H02, available on DealExtreme. 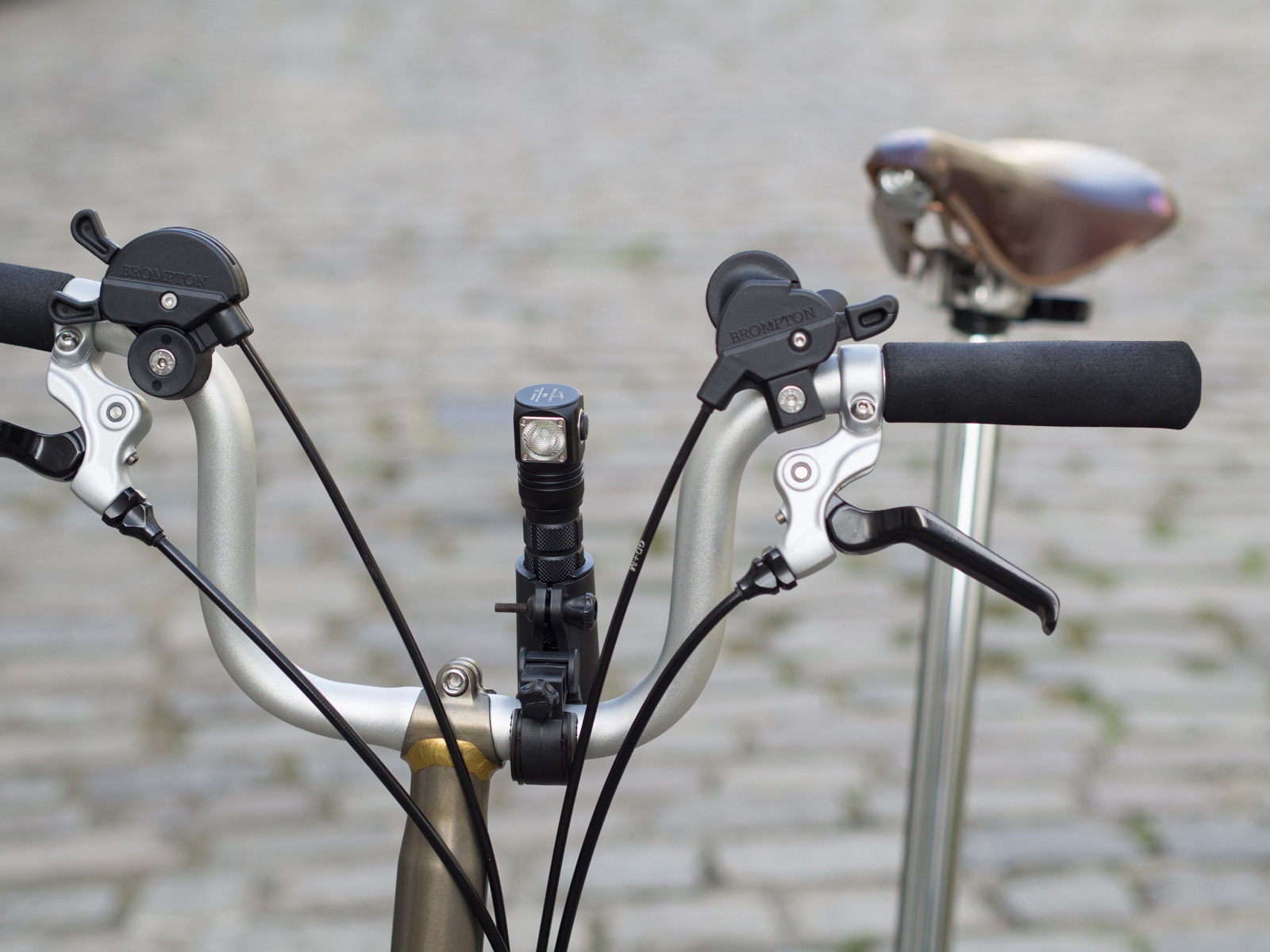 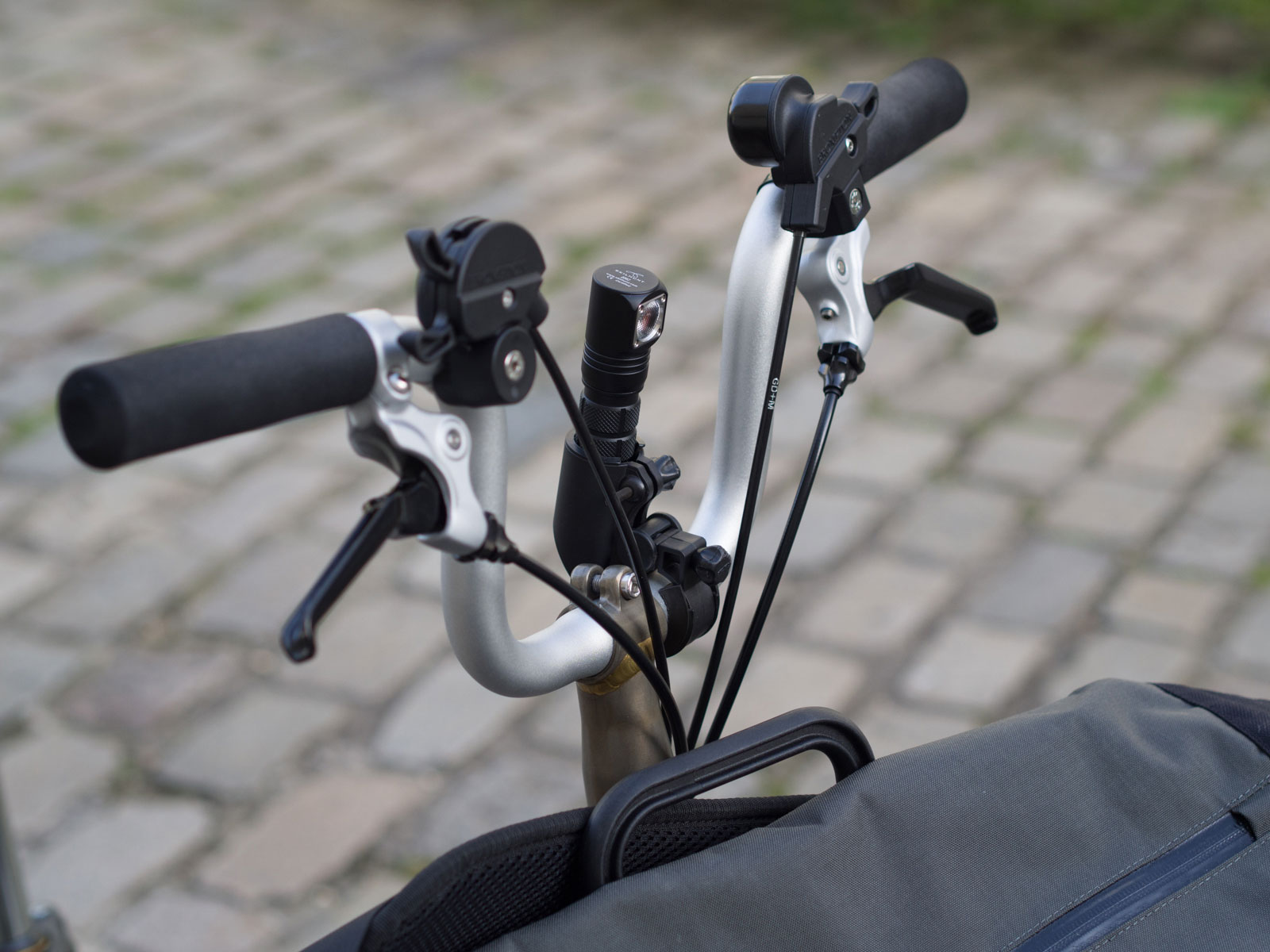 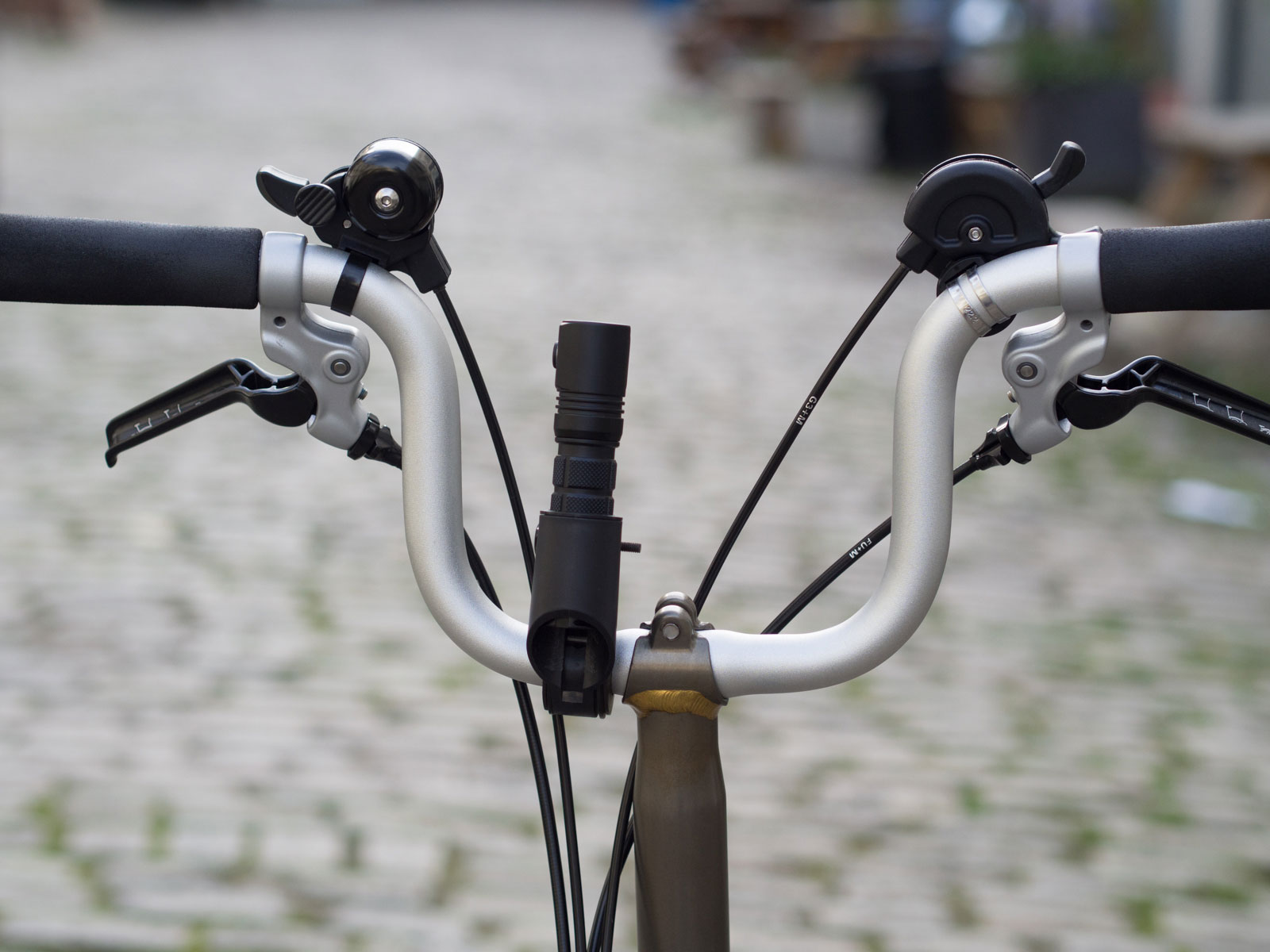 The bracket is just a standard flashlight bracket that costs a few quid off Amazon. 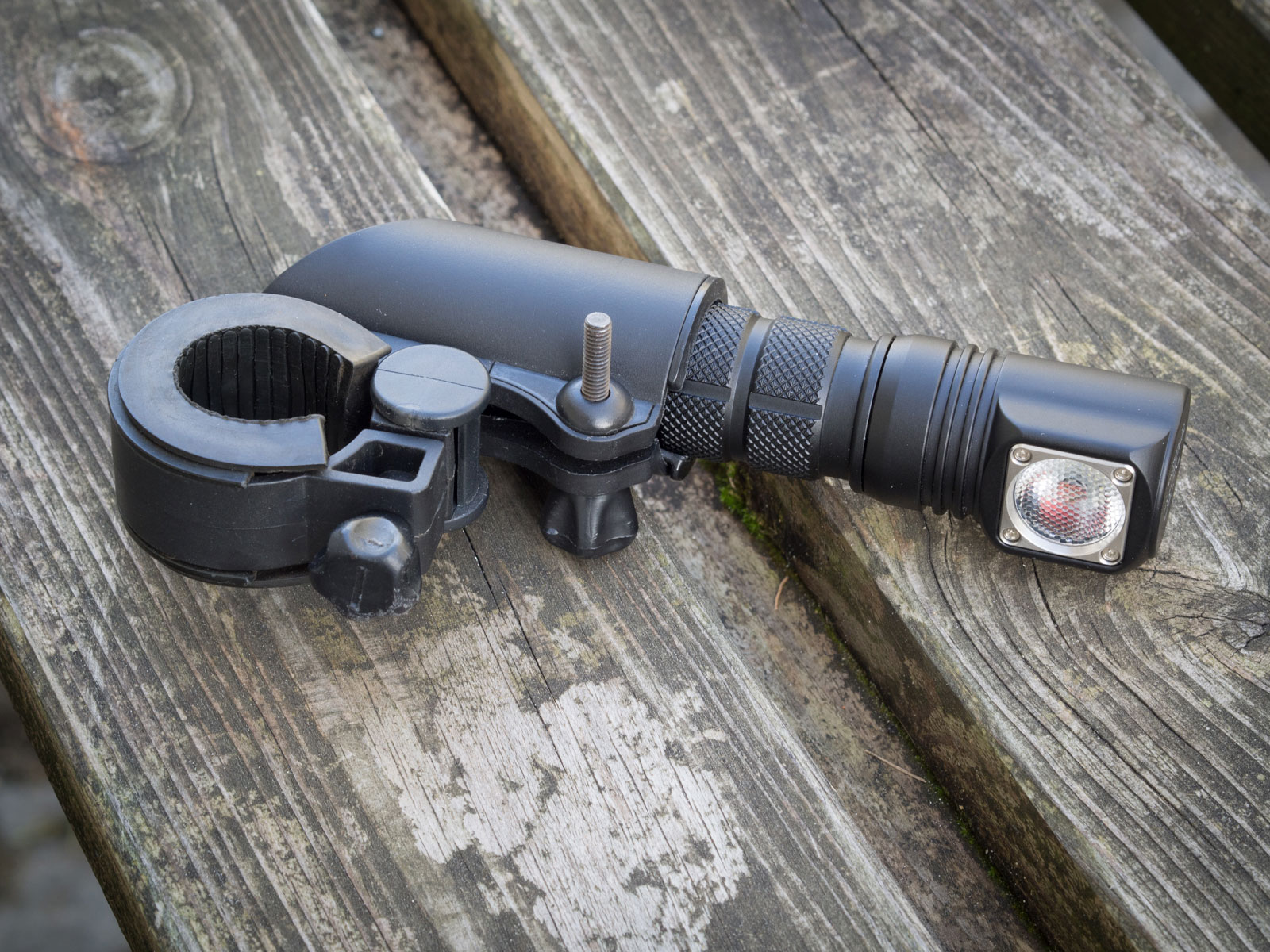 What’s handy is that it can all stay in position while the bike is folded. 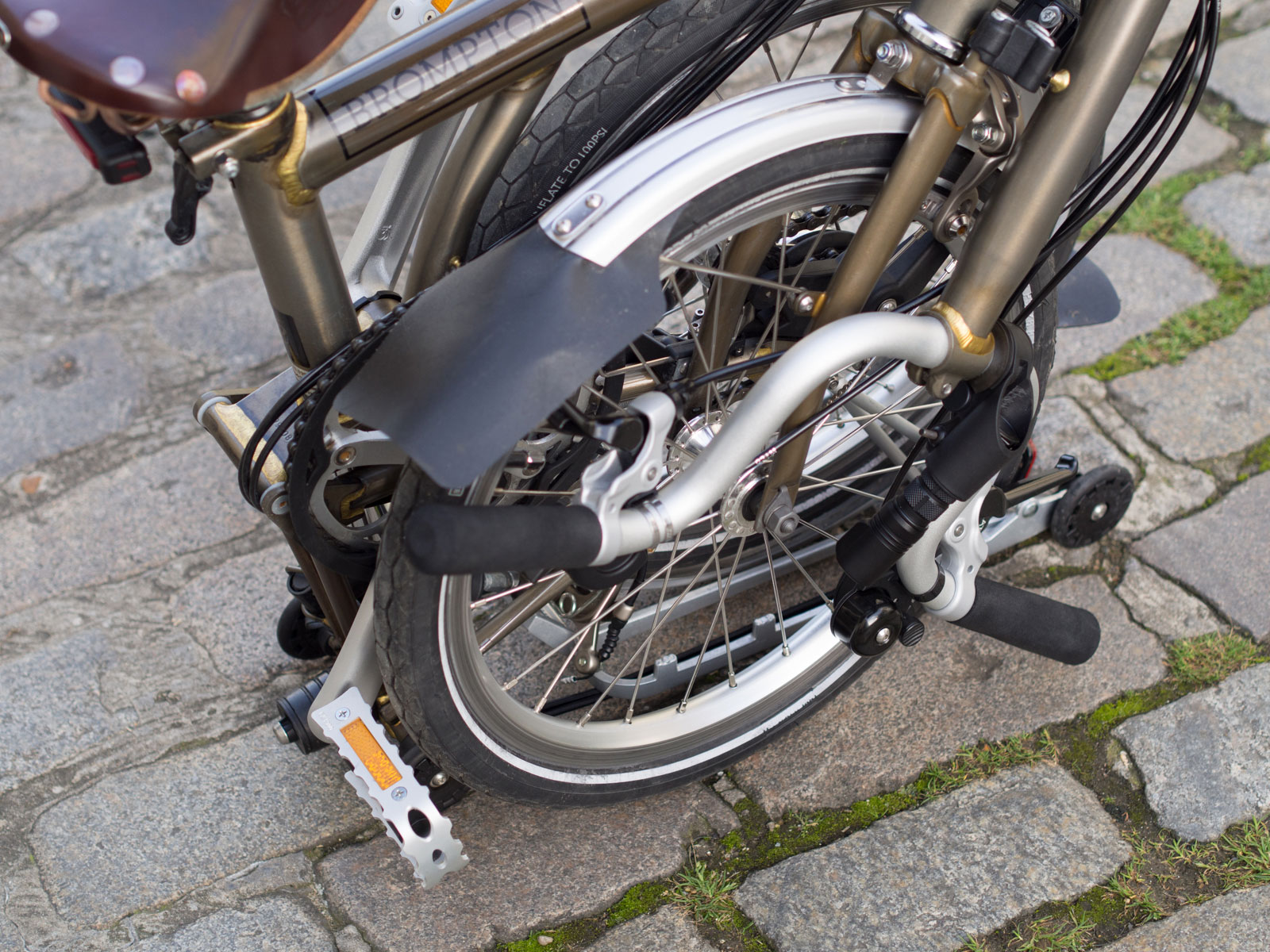 The brackets come with various strips of rubber, one of which I’ve used as a shim, as the diamter of the flashlight is a little smaller than that of the bracket. 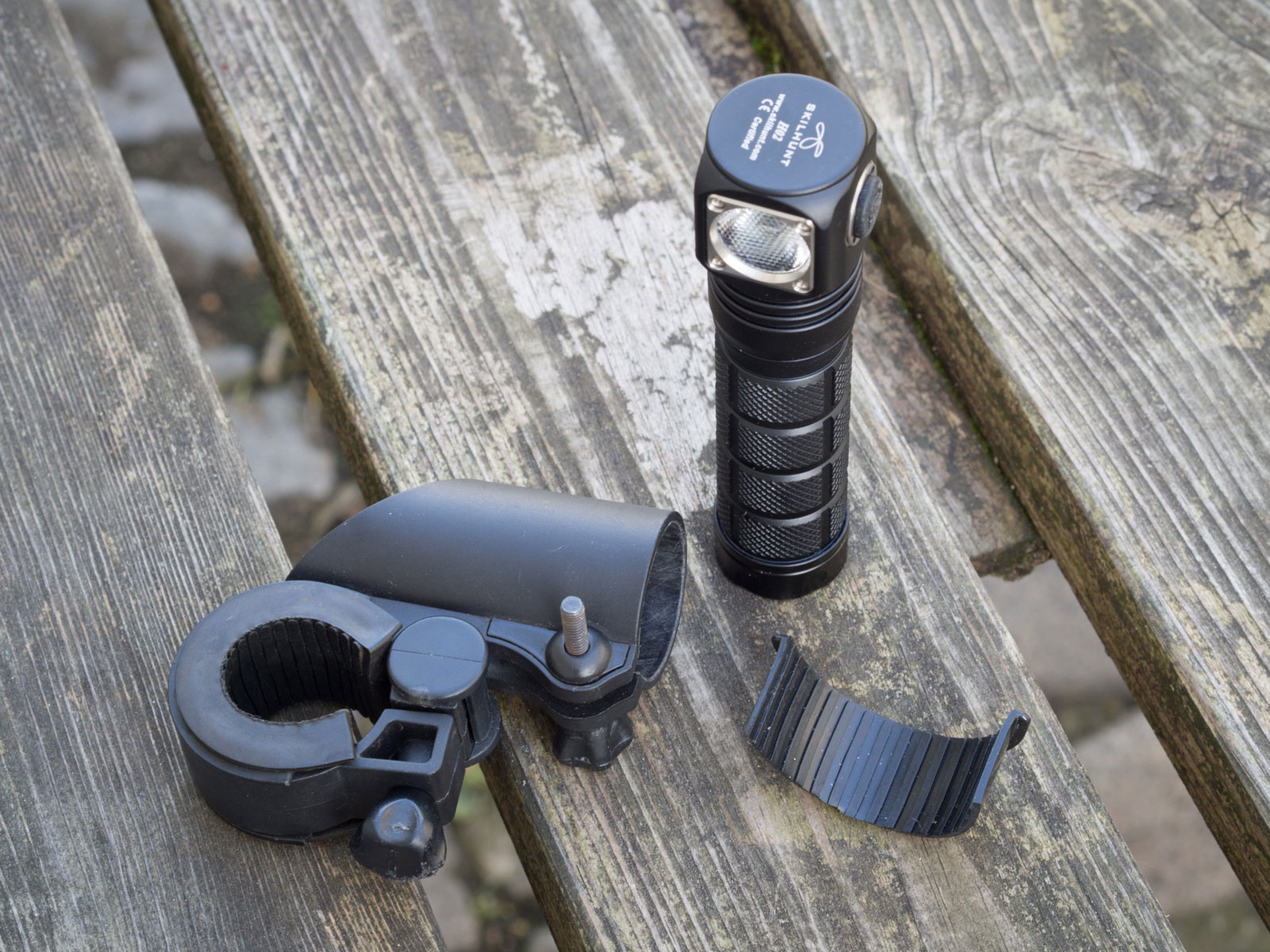 The fact it’s a ‘vertical’ flashlight means it gets some good clearance over the top of the Brompton’s front bag. 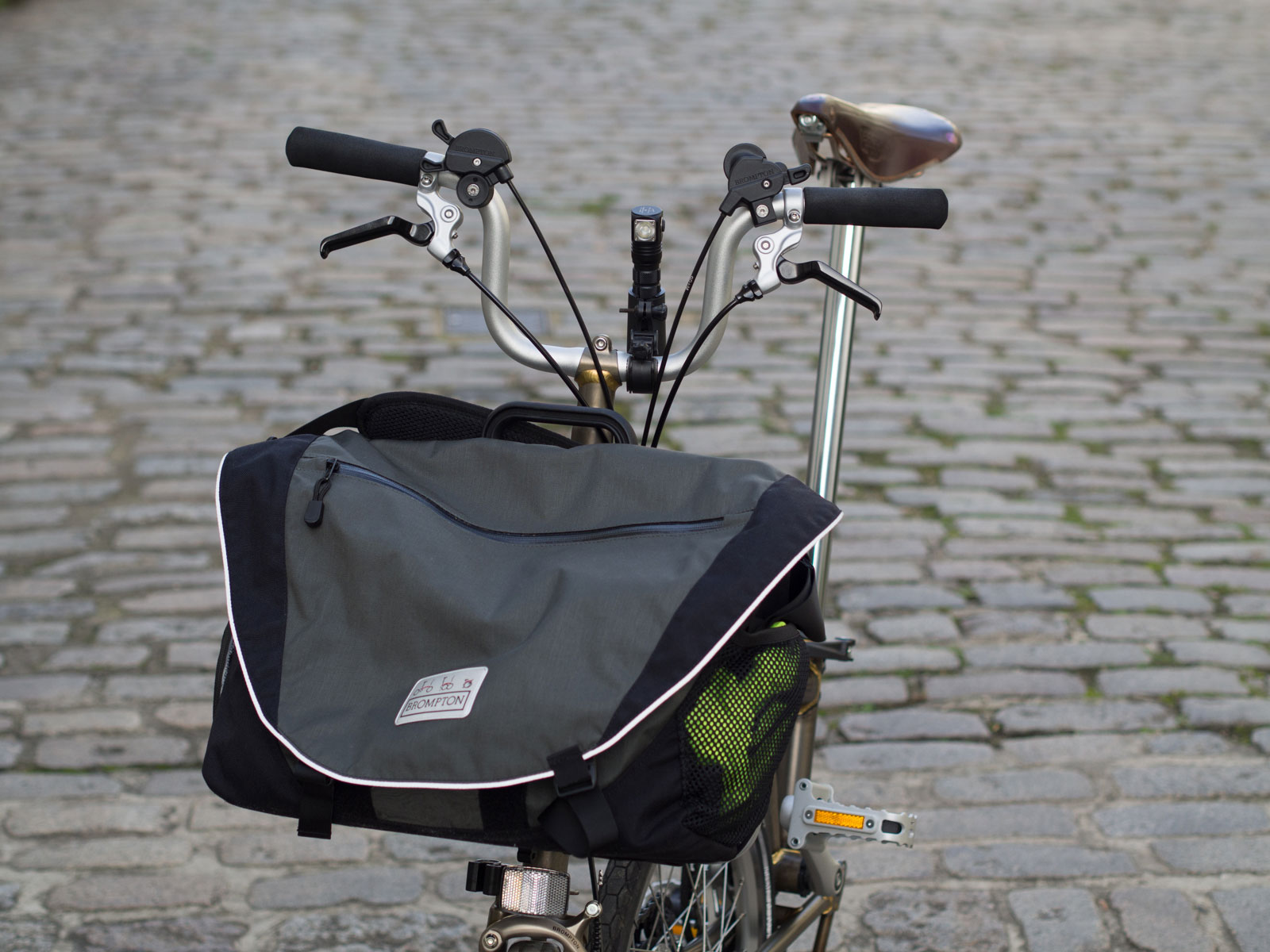 The flashlight has a slightly diffuse piece of glass on the front of it, and generally the beam from it is floody and very bright, which works well for cycling. 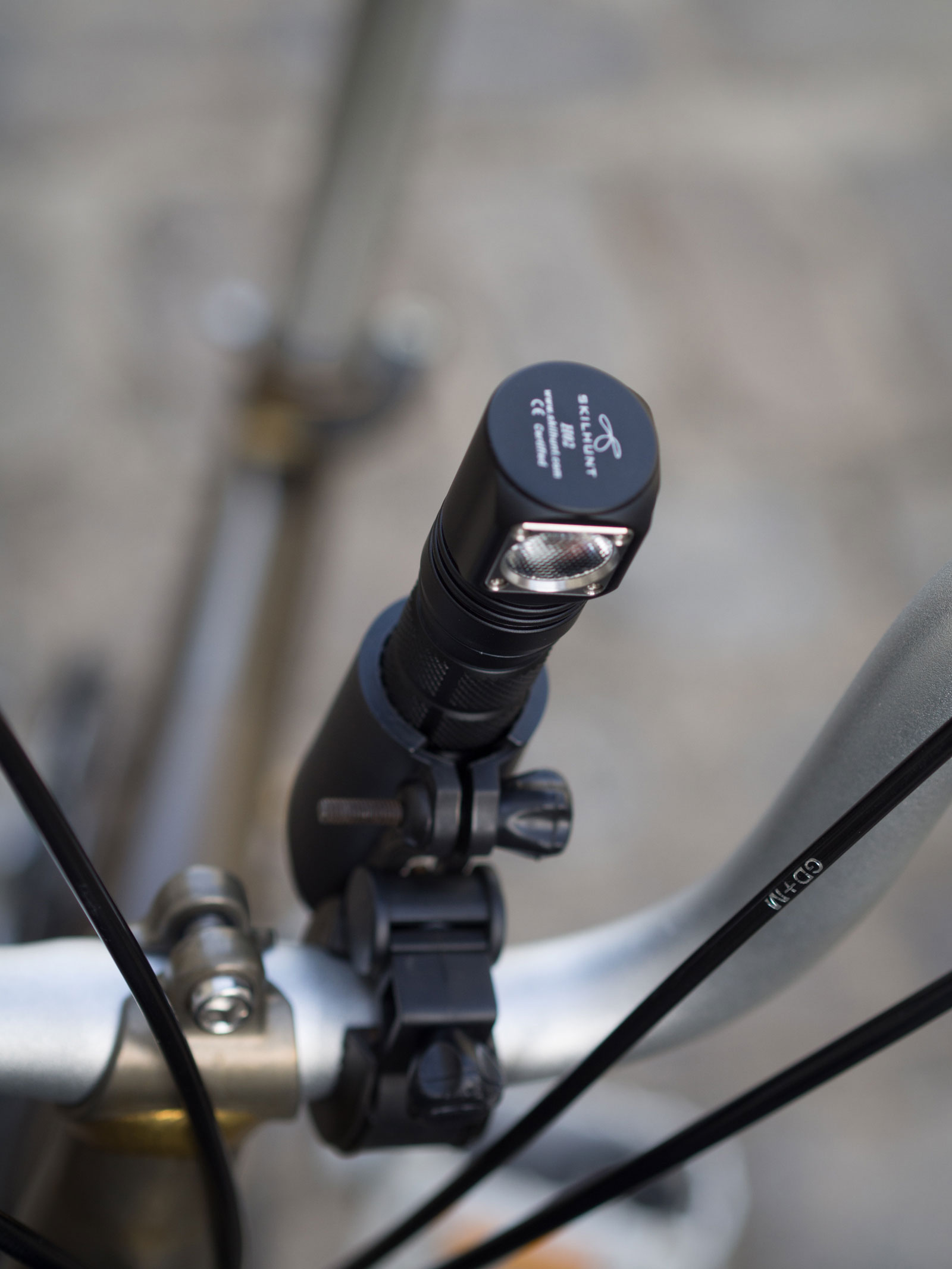 It takes 18650 batteries and you can get a fairly cheap charger for those.

Next: The state of USB OTG on the Nexus 5