Unlocking the bootloader on the Huawei G510-0100 using OS X 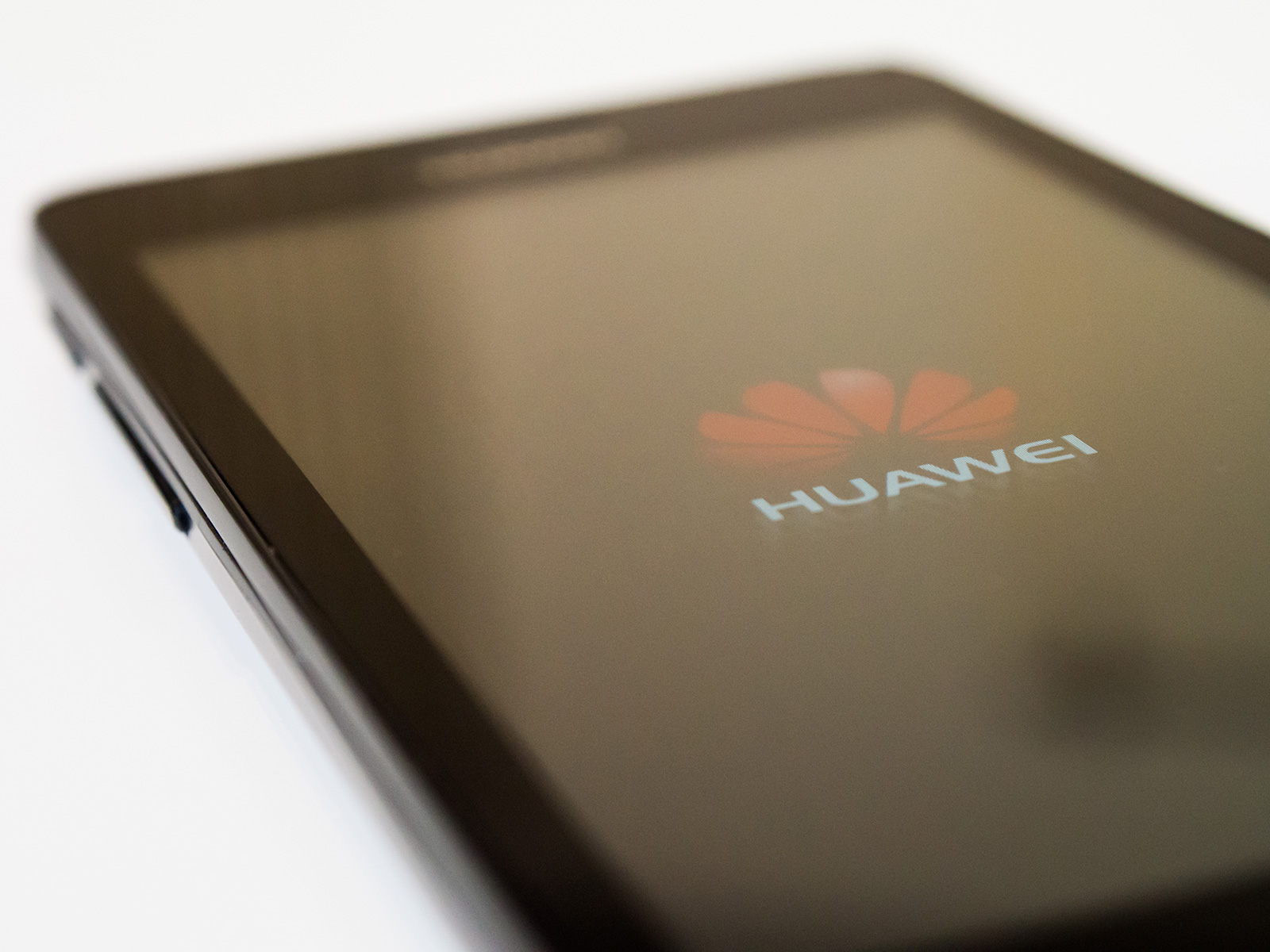 If you’re thinking of rooting your Huawei G510, you’ve probably come across the same hurdle as I did: you first need to unlock its bootloader.

In theory Huawei makes this easy by offering a page where you can enter your phone’s IMEI and serial number, and it’ll give you the unlock password in return:

The problem I found was that my specific model, the G510-0100, wasn’t listed in the dropdown. I hoped that selecting a similar model would work, but sadly it gave a validation error as it didn’t recognise the details of my phone as being valid.

Anyway, I found this was a front-end issue only, and that if you tweak the markup before submitting the form you can get the server to give you the response you want.

Then, open up your browser’s developer tools (I’m using Firefox on a Mac so I just press Cmd-alt-I to open the inspector) and click the ‘Pick an element from the page’ button in the top left and train it on the dropdown. You should see the markup for the <select> element appear. All you need to do is click into the relevant option and change the value attribute to match your phone’s model number:

So it should go from this: 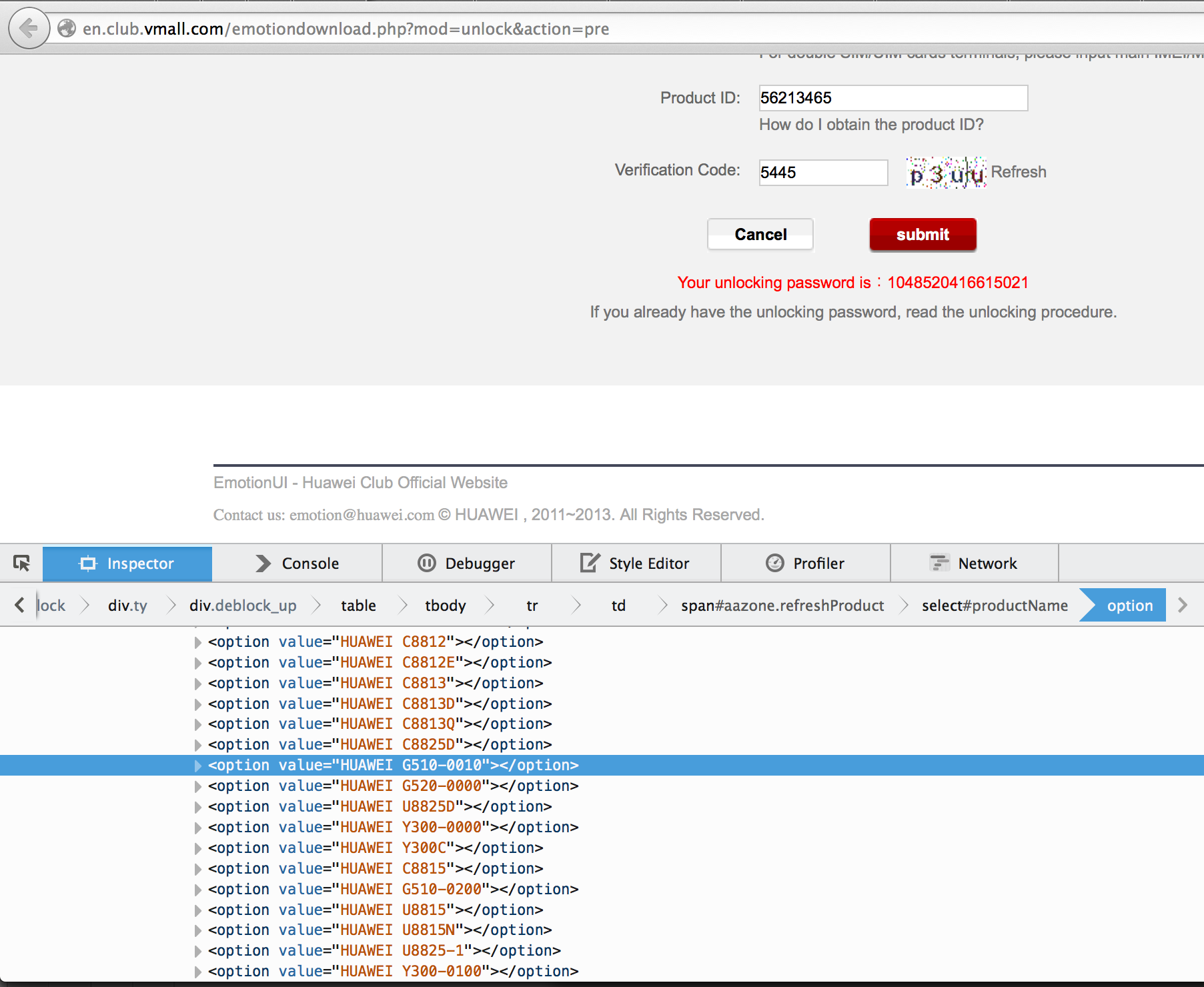 Make sure all the other fields are entered correctly and then submit, and you should get a valid reponse back from the server.

I had some additional problems actually applying that passcode once I’d got it, because a lot of the instructions seem to be aimed towards Windows, and I’m on OS X.

There is an easy method though, based on using Homebrew, the package installer for OS X. Keep in mind that proceeding with these steps will do a fac

First, install Homebrew according to their instructions, and then run the following commands:

With the software installed, plug the phone into your Mac by USB.

Then, enable USB debugging on your phone. To do this you go to Settings > Developer Options and check the “USB Debugging” checkbox. (If you’re not seeing the Developer Options section in the menu, you might need to enable it by going Settings > About Phone and then tapping the Build Number section 7 times). 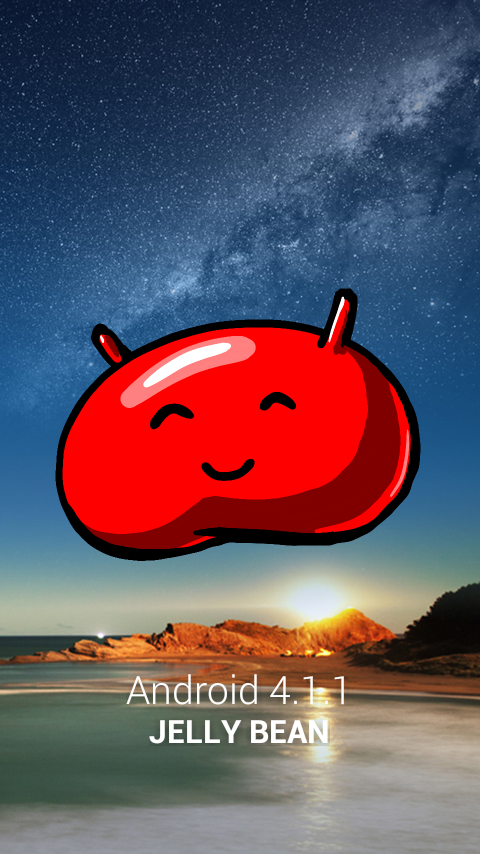 With USB debugging enabled, turn off the phone. Then boot it up again by pressing the power and volume-down buttons simultaneously for about 10 seconds, until the phone appears to be ‘stuck’ on the Huawei logo boot screen.

At this point your Mac should be able to see the phone and let you run the relevant fastboot commands from your Terminal application:

And if that gives some output like the following, you know it can access the phone properly:

Then you can enter the unlock command using the passcode you got from the Huawei site:

If all is well you’ll see some nice output like:

Success! You should now be able to proceed with rooting the phone using your preferred method.

Next: Logging temperature over USB